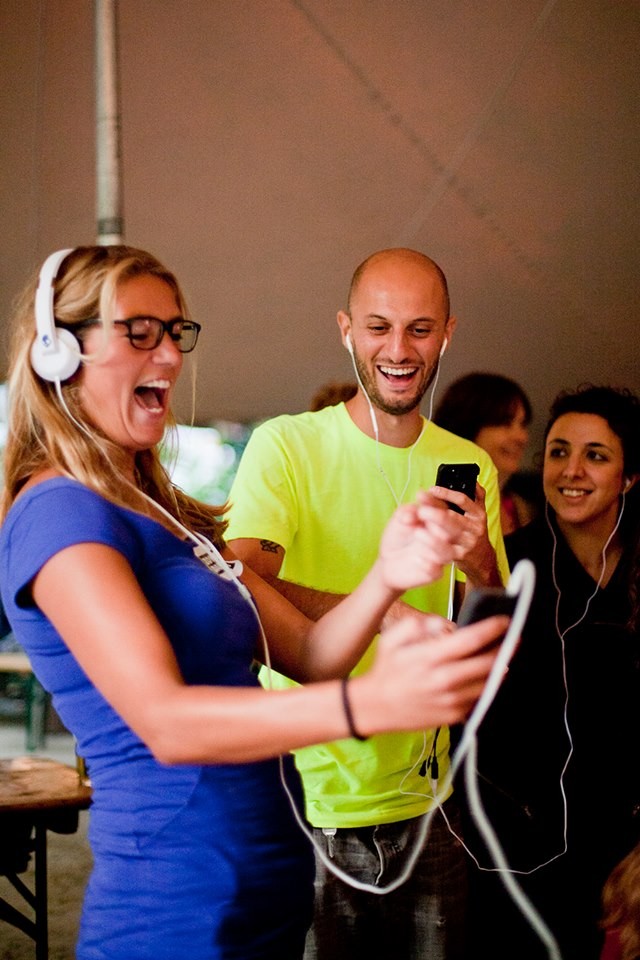 DuoDisco is a popup disco and game on your mobile (smart) phone. Based on the concept of the silent disco, your goal (while dancing!) is to find the only other dancer on the dance floor who is dancing to your tune.

DuoDisco combines listening to music, gaming and disco dancing in a unique way. The DuoDisco concept has been developed as part of the virtual “Zo niet, dan toch” festival which took place in Amsterdam North in September 2013, but the initiators (of which I am one) have been developing it beyond the festival's context and have been doing DuoDisco's at various occasions. 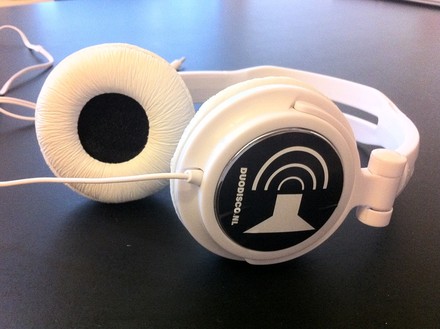 I built the disco backend (Zotonic based), which is responsible for handling the disco logic, matching the right players, choosing music tracks, synchronizing playback and keeping the scores.

Besides the backend, there are currently two frontends: a HTML5 frontend (the disco is entirely playable just by visiting a website) and a native Android app. A native iOS version is in the works (although not being developed by me).