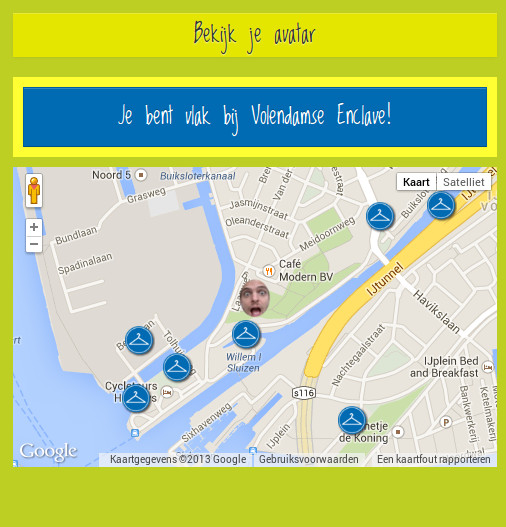 The Naakte Noorderling (“Naked Northling”) project is one of the projects of the virtual festival “Zo niet, dan toch”. It is best described as a location-based artifact collection game.

I developed it together with Esther Verhamme. The project is best described as a location-based artifact collection game, in which the artifacts are all garments. These garments can be collected by visiting certain places in Amsterdam Noord. Each garment relates to the place where it is collected by the story that is attached to it. For instance, when visiting the location of the former aviation factory (fokker), you are able to collect a pilot's hat and glasses. The app “unlocks” these garments only when you are on their location, and also gives historical context in the form of short stories, pictures and videos.

I created the backend (in Zotonic) and the mobile website. Esther Verhamme did the graphic design.