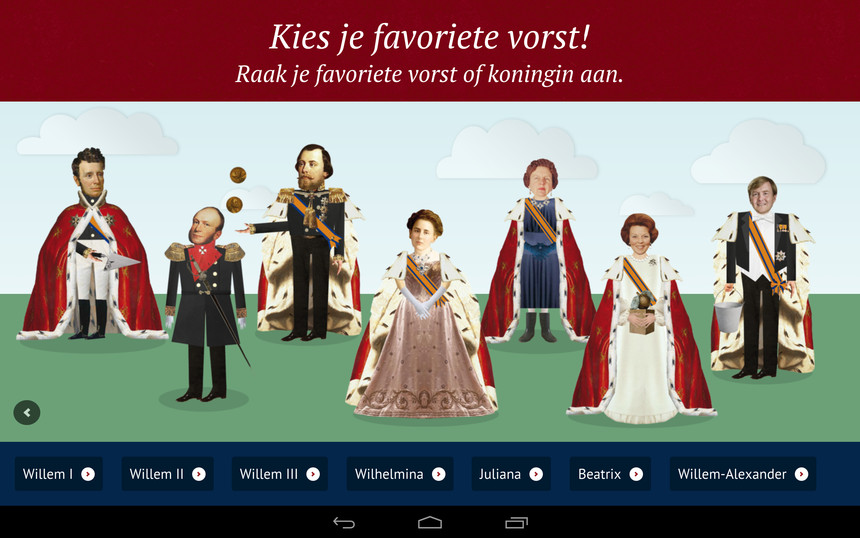 “Kies je Koning” (Choose your king) is a project that ran in the Dutch Open Air museum as part of the History Month (maand van de geschiedenis).

The idea behind the project was that employees of the museum each were part of a camp whose mission it was to convince visitors to vote for their favorite king (one out of the seven kings that the Netherlands have had so far). After visitors finished their visit through the museum, they would return at the entrance where they could vote on their favorite king at the voting booth.

I developed the software for the voting booth. It consisted of three Android tablets equiped with NFC readers (voting was done with NFC tags). A custom interface on the tablets guided the voter through the voting process, providing information on each king, and allowed him to share his vote on social media like Facebook. Next to the voting tablets, a large flatscreen display showed a realtime visualization of the current voting results in the form of a bar graph.