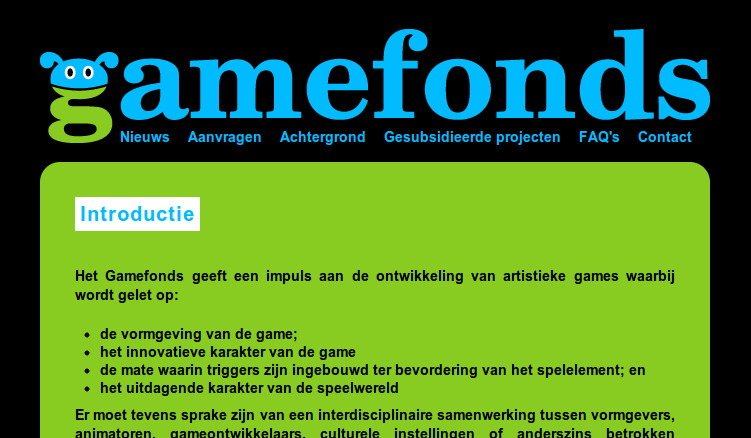 The existing website of the Gamefonds was ported to Zotonic.

In a couple of hours, I moved over the existing Gamefonds website and imported the current database using Zotonic's mod_import_csv. In the process, I updated the CSS layout to use more modern tags and made the site's design responsive so it can be viewed properly on mobile devices.